A downloadable game for Windows

18+, THIS GAME IS FOR AN ADULT AUDIENCE ONLY

You are an aspiring mage, discovering new realms and dungeons through a magical portal. You accidentally stumble upon a spell that can direct the portal to a realm filled with sexy creatures wanting a bit of fun before they kick your ass back out!

After two years day for day of development, the cumplete edition of Monster Musume Dungeons is upon us.

If you see a big bar in the middle of the screen, press "enter" and it will close it, it's the cheat code bar.

BE SURE TO CHECK THE GAME FILES FOR ADDITIONAL CONTENT

Support the future updates on patreon

In order to download this game you must purchase it at or above the minimum price of $9.99 USD. You will get access to the following files:

Talk to Ayla and Cait, they'll help you with that nasty dragon

how do i get the gift for the shower scene? its the only one i'm missing for a complete gallery

There is a glowing christmas gown in the dormitory. Click on it ;)

i have completed the xmas boss room and have got the fae out fit, but there is now gown in the dormitory, but it will not give me the research note of "Some one wants a gift in the shower room"

If you have unlocked the xmas outfit, go to the shower room while Fae is wearing it. It will give a special interaction

Is there a bug? I bought this and the attack stat seems to do literally nothing? I'm at level 23 and still doing the same damage I did when I was level 1. I feel like I'm hard stuck unless I just want to farm defense and the slowly chip away at enemies

Not entirely sure why, but the game intro is very unstable. Keeps freezing. Specifically, if you don't get off the bus, and if you say, "What's that moving light?"

EDIT: Also, at random, the screen will start rapidly flashing random glitched pictures, and the only thing that fixes it is restarting the game.

EDIT2: Also also, after defeating the dragon, her cutscene didn't unlock. Had to go defeat her again to unlock it.

EDIT 3: Sometimes it the game will "freeze" outside of the intro as well. I've come to realize that the game itself doesn't actually freeze. Rather, the picture on screen is what freezes, and you can still control the game. Though, that's not a very useful ability, when you can't see what you're doing.

Hi Narlepoax, thanks for sharing.

The sprite change thing appeared a couple of times in bug reports, but I never found the cause, I think it's engine related and I don't have access to the engine's code.

3 What was your fullscreen option at the time?

Don't know which video card MWA is using. Probably the Intel, if I were to guess. Unless the game has a program to choose the video card, it's supposed to go with the default.

I initially switched the game to windowed mode, but I switched back to fullscreen when the flickering started happening; in the hopes that doing so would fix the issue.

Unfortunately, that didn't fix the issue. I experienced both the freeze and the flickering in windowed and fullscreen mode.

Ok so your PC can definitively can run MWA. If changing the fullscreen mode didn't help, that helps me focus the efforts. Ty! I'll restart the search!

Hello FelixAP, again, if you see this, then please respond on Twitter privately or in whatever way is most convenient to you. I like to show off games with monster girls on my XVideos channels. In much more detail than VoiceofMidnight while providing what I hope is a well-edited and watchable experience. Something important to me is properly crediting the voice actresses in your game. I still plan on playing 1.1.1 to make a note of all the changes regardless of rather you answer or not. I would still feel bad if I cannot properly credit what I thought was one of the most outstanding features of the game. Thanks for your time. I most likely won't see your message if you respond here, and I love my purchase of your game regardless of any decision.

Just bought the game and I'm unable to run on windows.

What's the error that you get? Aren't you unable to run the .exe? Unable to extract from the .zip? Does it crash?

I don't get an error message, I try to run the .exe and nothing happens

If nothing at all happens, maybe your anti-virus treats it as an unknown program and refuses to run it, maybe your pc can't handle it (that would be very surprising). Can be many things but you're the first to tell us that so the game def works in general. We will update the game in the coming months with more content and will look at why it refuses to run in some occasions at the same time

For now though, I don't have a specific solution except the general troubleshooting when a program doesn't want to load.

Hmm.. did you extract the .exe alone? You must extract the whole .zip in a folder and then run the .exe inside the folder

I definitely extracted the whole folder, I disabled antivirus and still nothing. My PC is on the high end so i doubt it can't run it. Thank you for the suggestions but it's still not working for me.

So I seem to be having a similar problem and from what I'm getting at it from the error is that it isn't actually reading the build? But that really what the launcher is telling me so idk. But with that being said just downloading the game through WinRAR let's the game seem to run without any issues. 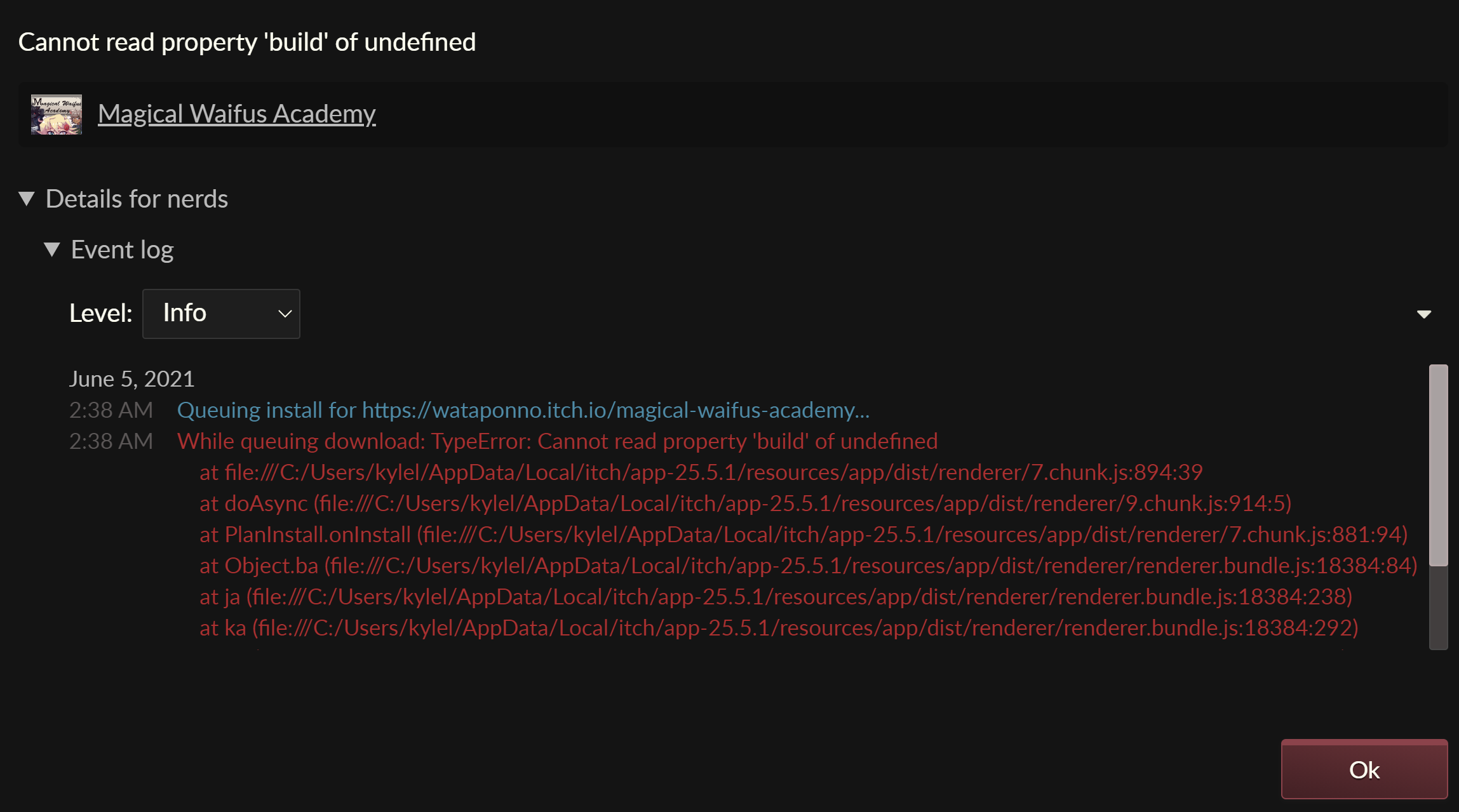 okay so I had a similar problem as you so I ran the game through WinRAR and that seemed to fix it, but I don't know why the game doesn't load through the Itch.io launcher.

Indeed, the game is an archive only, it was not set up in the itch launcher. I'll try to fix it up for the next update :)

My issue was apparently in my audio settings. I had my frequency set to 384khz, reducing it to 44khz allowed me to run the game. 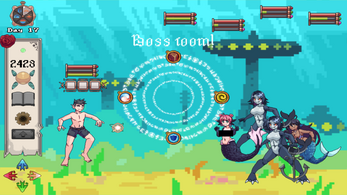 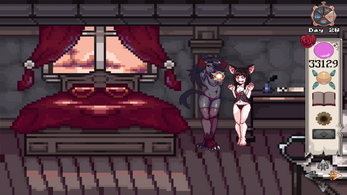 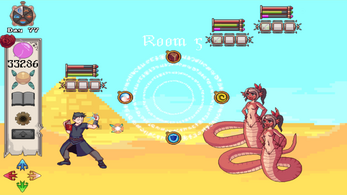 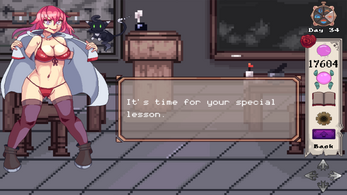 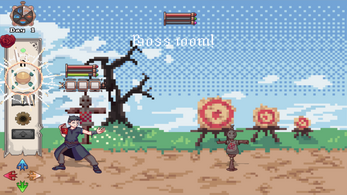 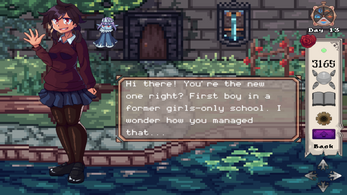 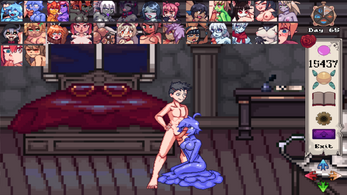 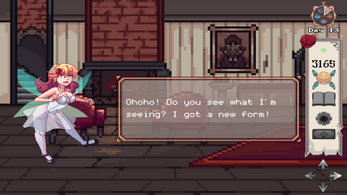 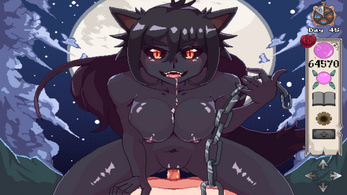 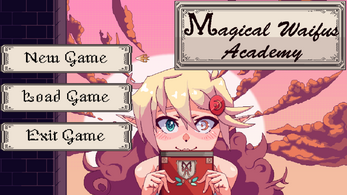